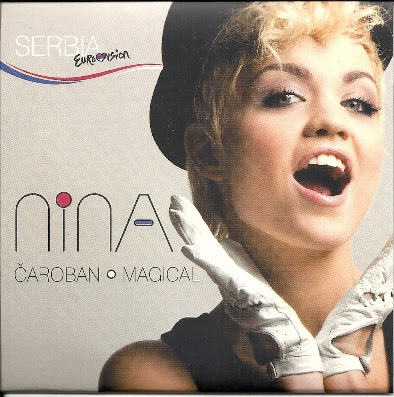 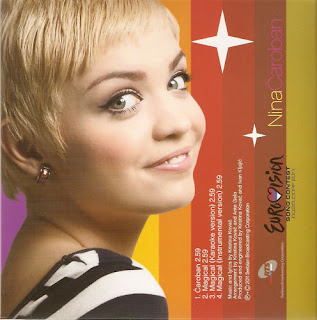 Watch the national final video here at RTS.
You can listen to Čaroban and the English version Magical here at RTS and download the songs (wave files).

RTS have issued a 2-track promo cdsingle with the original Serbian and English versions. (RTS UCDEU11)
A second promo, used in Düsseldorf, has the same tracks plus karaoke (English and instrumental). This comes in a 7"inch sleeve.

The Belgrade Collection
In 2008 the contest was held in Belgrade, Serbia following Marija Šerifovićs victory in 2007 with Molitva. For all details on the entries of the 2008 songs you can download this file .
It's a word document with all releases, versions, points, places and charts of the 2008 contest.
Posted by Eurocovers at 5:33 AM