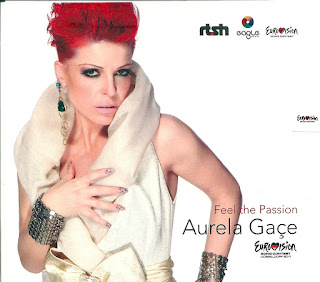 14 - 47 pts in semi 1
The 49th Albanian song festival Festival I Këngës (FIK) was won Aurela Gaçe by with the song Kënga Ime (My Song) written by Shpëtim Saraçi.
Albanian and English lyrics are by Sokol Marsi.
You can watch the national final performance here at Aurela's website

Aurela has recorded a new version for Eurovision. The song is recorded in English as Feel The Passion and includes a few lines in Albanian.
Watch the new version here at Aurela's website. 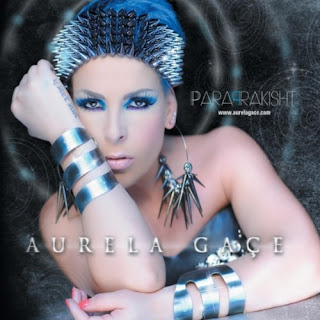 2012 Paraprakisht
In 2012 Aurela finally released a new album Paraprakisht.
It includes a new piano-ballad version of Feel The Passion. The 11 track album is available at digital sources like iTunes and Amazon.
It includes songs in Albanian and a few in English.
I don't have any details on a CD release yet.

RTSH issued a promo cd/dvd set.
The cd has the song plus karaoke version, the DVD has the video clip, Making of the video and pictures.
Aurela Gaçe is a seasoned singer. She already participated in several pre-Eurovision FIKs. She won the 1999 edition with S'jam Tribu and in 2001 she won the contest with Jetoj. Both songs were written by Adrian Hilla who also wrote the Albanian entries of 04, 06 and 07.
A new album release is planned after Eurovision.