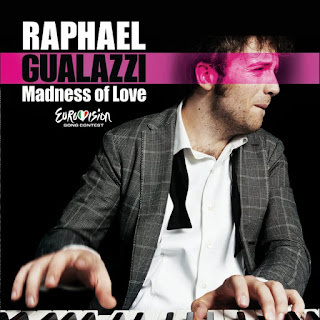 2 - 189 pts / not in semi
Raphael Gualazzi, the winner of the newcomers section (Sanremo Giovanni) at the 61st Sanremo contest, represented Italy on it's return to Eurosong a.k.a. l'Eurofestival a.k.a The Eurovision Song Contest.

The eclectic jazz singer and pianist performed selfpenned Follia D'Amore at San Remo.
The English version of the song, Madness Of Love, is released on international issues of the  Reality And Fantasy album.
At Eurovision the song was performed in a bilingual version.
You can watch the first Eurovision* version at the Youtube channel of Sugar music.

* It's too long, but on the official Düsseldorf album there's a three minute Eurovision version.

A promo cdsingle in cardsleeve features the long Eurovision version*, the English version and the original Italian version. (Sugar Music / Universal Ins 189).
In Düsseldorf the same cdsingle was used, but instead of a card sleeve it came in a large folder. 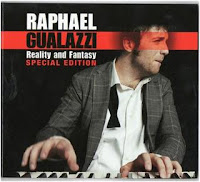 A remix of Madness Of Love (English version) is included on the album Reality And Fantasy - Special Edition. It's mixed by Gilles Peterson.
The collection also includes other bonus tracks including a coverversion of Fleetwood Mac's Don't Stop which was first released in 2010.
Unfortunately the remix is only available on the digital issue on iTunes. The CD version does not have the Madness Of Love remix, which is (at least) to be frowned upon.
The Special edition CD only has the regular Italian version Follia d'Amore. 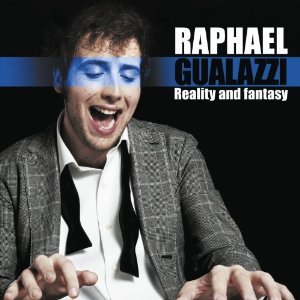 2012 re-issue
Update: After signing with Blue Note, Gualazzi will re-release the Reality And Fantasy album in September 2012.
It has 6 bonustracks* and features Follia D'Amore, the original Italian version of the Eurovision entry plus Madness Of Love. (Full English version)
The album is out September 18. (Blue Note / EMI 7367529)

* The bonustracks are more or less the same as on the earlier Special edition. No new songs.

Gualazzi has released two albums: Love Outside The Window (Edel, 2005) and Reality And Fantasy which is out now.
Follia D'Amore is on the Reality And Fantasy album which is out on Sugar music.
The album also includes follow up singles A Three Second Breath, Calda Estate and Love Goes Down Slow.
Reality and Fantasy gets to #4 in the Italian album charts and also charts in Austria.
(Italy CD: Sugar music 80331 20982262)
(Rest of Europe CD: Sugar Music / Warner 0602527633176)
(Special edition CD: Sugar music 80331 20983023)

Follia D'Amore can also be found on the CD Speciale Sanremo 2011 with 17 tracks from the festival which is out on Warner (98501250).
Please note that the 16 track CD Sanremo 2011 on Universal does not have the Gualazzi track.